Carrom King is a mobile version of the famous carrom “strike-and-pocket” game that is played by flicking coins into pockets. The game was an attempt to bring the most loved tabletop game of South Asia and the Middle East on mobile devices making it available for wider audiences. Carrom is similar to billiards only with the difference that it uses wooden coins that are flicked and pocketed with a plastic striker.

Carrom King was created to entertain every carrom player since it would ease the necessity of the physical carrom board to play Carrom. Carrom King was initially released in 2017 but an updated version was released in June 2019 that was quickly noticed and Carrom King saw increased popularity in India and around the world. Carrom King game crossed 75+ million downloads by 2021 and has become a global community of realistic Carrom game lovers.

Carrom being one of the favorite board games in the Indian household was thought of converting into a digital game from 2016. Carrom king was released in April 2017 and an updated version of the game was released in October 2019.

Carrom King's brand new design and exciting features make it more entertaining. The game has an improved interface, with a different but realistic color palette, better flicking controls with the game physics that produces a very real audio-visual feel that of a physical carrom board. Players can challenge the opponent and rematch with them. New levels have been added to the Trick Shots mode with unique puck arrangements that earn players exciting rewards upon completing the levels.

Carrom King has introduced different Strikers with Power, Aim, & Strike Time. Players can play lobbies and go on unlocking the strikers namely Hurricane, Blue Star, Mandala, Chakri, Lotus, Cyclone, Thunder, and many more. Carrom King also has a variety of colorful puck designs namely Panda, Shield, Smile, Sunshine, Hearts, Alloys, Lantern, and many more available for players across the globe. Players can get the pucks and frames by exchanging for coins, cash, or by watching videos in the app.

Players can play Carrom King with Facebook friends and can also form private rooms and add their friends and family and play with them regularly.

Carrom King added the most requested 2 Vs. 2 player Team-Up mode in the Online Multiplayer option. Players can now team up and defeat the opponent team together.

The recent additions to Carrom King are the Power-up feature in the Computer mode and different attractive Carrom boards in six different lobbies.

Players can unlock Gold, Bronze, and Silver chests by winning matches with are the packages that contain a Striker, a Puck, a Frame, Cash, Coins, and a Mystery Card. The mystery card gives any of the above-mentioned assets. Players also have an option to buy Pro, Master, and Supreme chests from the store and unlock over 80+ exciting collectibles! 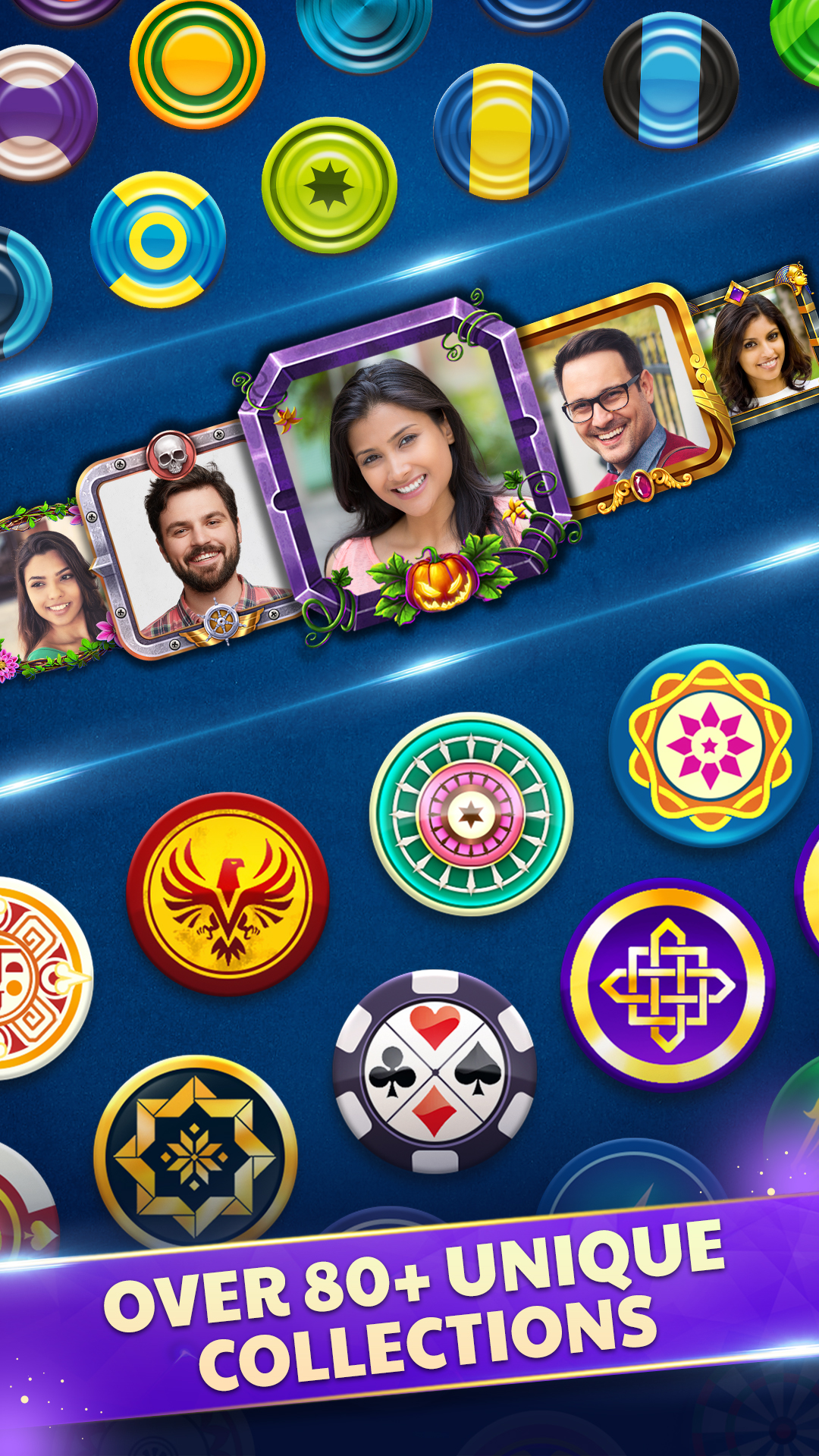 Interesting modes and features to draw maximum entertainment in online as well as offline modes.